Caviar is one the worlds oldest and original delicacies yet it’s a food that’s steeped in mystique – few of us will have eaten it in any great quantity, yet we all have strong ideas about what it signifies. Caviar is salted fish eggs, or roe, and is widely regarded as one of the most luxurious food items in the world. We are all familiar with the dark shiny little pearls that people pay through the nose for just a tiny dollop. Before raw oysters, before Champagne, before even truffles were deemed a delicacy, caviar was coveted by kings and the aristocracy. Ancient Greeks, Romans and Russian tsars were all known to splurge on caviar.

Caviar is made from the fish eggs (roe) of the female Sturgeon but alternatives, at a more affordable price, are made from trout or salmon eggs – true caviar is only ever from the sturgeon, caught either wild or farmed. Just about every marine animal—from sea urchins and fish to squid and shrimp—is capable of producing roe. The fish roe are generally found in the form of unfertilized egg masses inside a female marine animal’s ovaries. Fish roe can be used as an uncured, cooked, or raw and salted product, or it could be transformed into caviar. Caviar refers to a specific style of preparation of sturgeon roe. In other words, all caviar is a type of fish roe, but not all fish roe is caviar. Plain fish roe has a less rich and less robust flavour than caviar, so it is often used as a sushi topping or as an ingredient in a more complex dish. Caviar, on the other hand, is typically the unadulterated star of a dish, or a spoon-served snack in its own right.

There are three types of caviar. Beluga is the rarest and most expensive. The eggs are dark grey in colour, large and well separated. Iscveitra is golden coloured, smaller and oily in texture while Sevruga is the least expensive and greenish-grey, small and distinctly salty in flavour. Each type of caviar has it’s own distinct flavour and texture although there are similarities, most types of caviar starts out with a salty, briny burst of flavour that tastes faintly of fish or oysters and lingers a bit after you eat it. Other types of roe, however, can have more of an umami flavour.

These tiny little jewels from the sea are also very good for you and offer a range of different health benefits including protein, iron, magnesium, calcium, selenium, vitamin A, B2, B12, B44, D, K, and Phosphorus. Just a single tablespoon of caviar will also give you a full gram of omega-3 fatty acids. This is a known supporter of the nervous system, circulatory system, and immune system, and can mean that it contributes toward preventing heart disease. Not to mention it can decrease symptoms associated with bipolar disorder, depression and potentially improve the brain and eye development of a foetus.

Caviar is best enjoyed all by itself, eaten right off a spoon, but it can also be served as a garnish, spread, or as an appetizer with unsalted crackers or blini. Caviar is also often served as a sort of setup, with chopped eggs, sour cream, and crème fraiche, often all piled on top of a blini. When caviar is served as an hors d’oeuvre it is typically paired with a dry sparkling wine or ice-cold vodka; these beverages are said to help bring out the caviar’s distinct and salty sea flavours.

Atlantis of Kilmore Quay stock Goatsbridge Trout Caviar, it’s similar in appearance to Salmon Caviar, but with a smaller egg and milder taste Goatsbridge trout Caviar is a real treat for any foodie. We source our Trout from Goatsbridge Trout Farm, Co. Kilkenny where three generations of the Kirwan family have produced the finest trout in the Little Arrigle River which runs through their land. 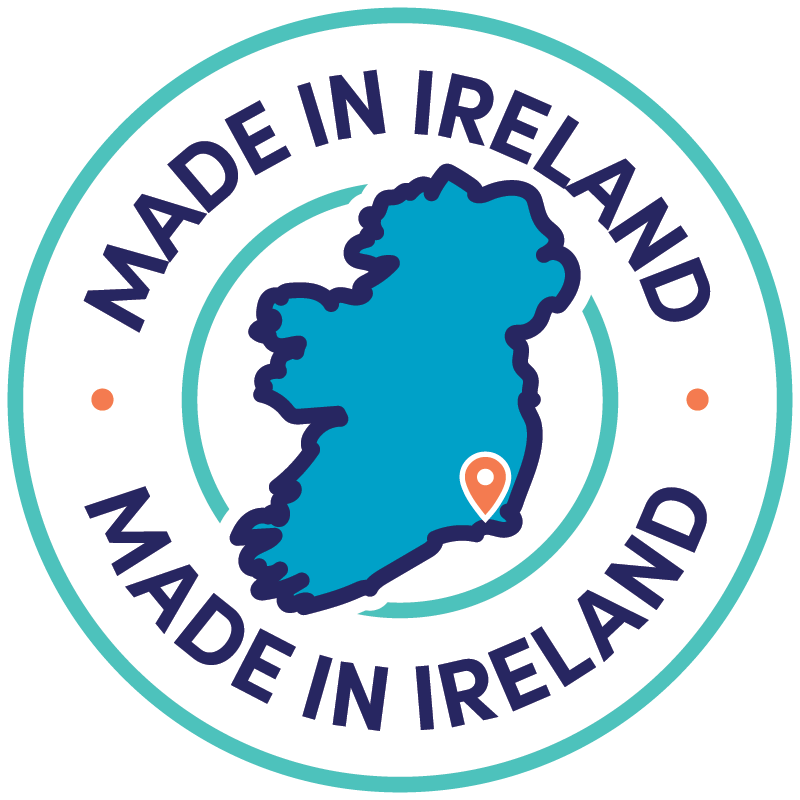 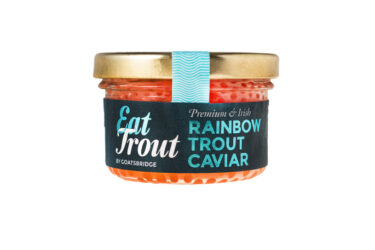