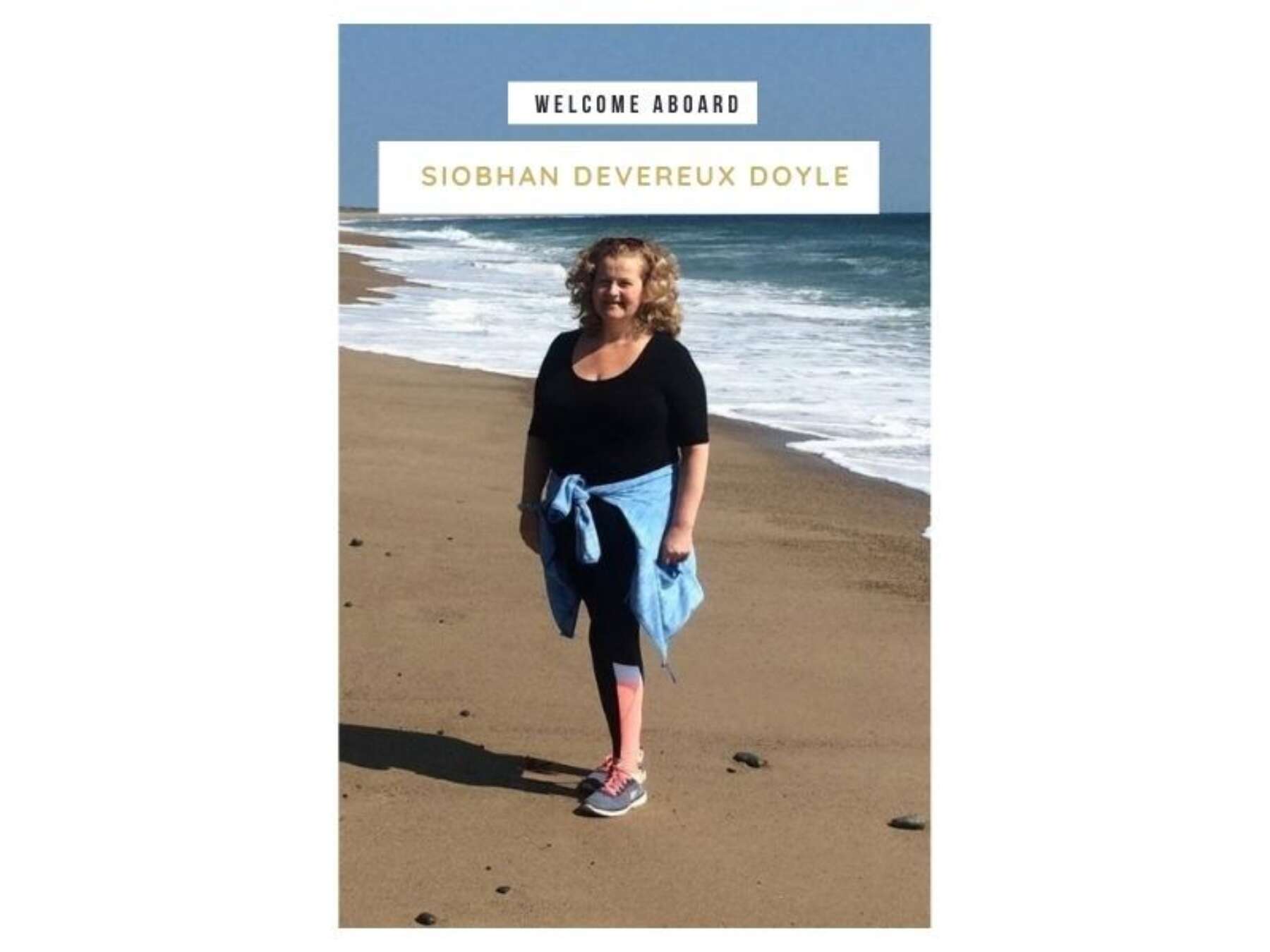 Say hello to the wonderfully talented Siobhán Devereux Doyle. We are all delighted to have Siobhán join our crew here from time to time to share her fabulous recipes and know how, helping us all to get the most from our seafood.

My name is Siobhán Devereux Doyle and I’m delighted to join forces with Atlantis of Kilmore Quay as a consultant chef.

Having grown up on a farm in south County Wexford, quality food has always played an important part in my life. Blessed to grow up in an area where potatoes came from neighbouring fields, beef was locally reared and fish came fresh from the boats at Kilmore Quay, my passion for food began with my mother’s home cooking.

The first time I applied for chef course I was unsuccessful, however I knew I wanted to work in the hospitality sector (despite the fact that I was offered a place in WIT to study to become a PE teacher. Who would think nowadays that I was once so good at sport?)

I opted for a hospitality skills course instead which involved a work placement in a small family run hotel in the beautiful Vale of Avoca called “The Vale View Hotel”.

This hotel was a little gem, I worked in every department, usually several departments in one day. I would cook and serve breakfast, assist with checking guests in and out at reception, and finish the day pulling pints behind the bar.

There was no such thing as an eight hour day in hospitality back then, but I loved it and had a passion for the industry. It set me up with many life lessons and a strong work ethic.

Whilst I was there an opportunity arose, by chance, for one of the trainees to go to Switzerland. My life was changed by a flip of a coin and before I knew it I was on my way to Switzerland to work in the kitchen of an Italian Restaurant with a Swiss head chef and Spanish waiters.

This was quite the adventure as I didn’t speak German, I had never been on a plane before and didn’t know where I was going. All I knew was that I had to find a train from Zurich to Bern and someone would collect me at the station. There was no such thing as mobile phones or google maps back then.

When I was in Bern I got word that I succeeded in securing a place to train as a chef. If at first you don’t succeed ………….! By this time I knew that this was the career for me.

This was a two year Professional Cookery Course, involving two placements, both of which took me back to ‘The Garden of Ireland’, the first a return to the Vale View Hotel and the second to “Tulfarris Hotel and Country Club.

During this time I got the call to go back to Switzerland, however this was not meant to be as I had to stay and finish my course in Ireland.

Everything happens for a reason though. In July of that year, 1992, I won a 3 month scholarship to “Johnson and Wales University“, a culinary college in Rhode Island, USA. This was a fantastic opportunity and offered me some great experience in skills such as ice carving which I wouldn’t have had the opportunity to do in Ireland.

On landing back in Ireland, I returned to the Vale View Hotel for a few months, this time as Head Chef until the call came to go back to Switzerland for another 18 month spell. This time spent working and living in Switzerland was truly life changing for me.

I returned home in 1994 and started work at the Ferrycarrig Hotel, Wexford. After only a few months in this role, I was offered a job at the prestigious Mount Juliet Hotel, so I packed my bags and headed for Thomastown, Co Kilkenny. This was a great career move for me as within 3 months I was promoted to Sous Chef, and shortly after, was made Head Chef of the Lady Helen Restaurant, where I got to hone my culinary skills and explore the area of Fine Dining.

While I was there, Mount Juliet hosted the Irish Open golf tournament, and played host to many celebrities.

In January 1997 I returned to the Ferrycarrig Hotel as Sous Chef, and took the helm at ‘Tides’, a new fine dining restaurant overlooking the Slaney Estuary, attaining 2 AA rosettes for the restaurant during my time there.

It was here that I crafted my management skills in this busy hotel kitchen, catering for 2 restaurants, a bar and a busy ballroom.

2001 brought a new opportunity, and a move to the Ashdown Park Hotel in Gorey. This was very exciting because this hotel was a new build and I joined the team pre-opening, getting a crew of chefs together and putting systems in place. Literally building a kitchen from the ground up. This was a great challenge, but I thrived on it and really enjoyed my time there. However with the arrival of my first son I decided that I needed to move closer to home.

Fortunately for me, Whitford House Hotel were looking for an Executive Chef, and thinking that this might be a temporary move at the time, I found my home from home and am still privileged to be part of this amazing team 16 years later. Over the years I have seen this family run hotel grow and develop into the four star boutique property that it is today, nurtured by its owners, and offering the very best in Irish hospitality.

Throughout my career, I have always tried to source the freshest and best quality local produce for my menus and to champion the many wonderful food producers in Co Wexford. As one of these producers, I am delighted that Atlantis of Kilmore Quay has given me this platform to share some of my knowledge and skills in all that is fishy!

As we live on an Island, fresh fish is one of our greatest natural resources and I believe we should take full advantage of it.

My aim is to educate people about seafood and over the coming months. I will introduce you to the broad range on offer at Atlantis of Kilmore Quay and demonstrate that it is one of the simplest and quickest foods to cook, as well as being one of the tastiest and most nutritious to enjoy.

If there’s anything in particular you’d like to know more about, email hello@atlantis.ie and we’ll see if we can help you out!